In January, Facebook banned the sale of firearms and this also includes replica imitation. Since then, the algorithm has deleted posts, groups and more recently started handing out 1-30 day user account bans.

Last weekend the UK’s largest FB group (UKAC) was removed and while more groups appeared in it’s place, it splinters the community yet again. How long until retailers, airsoft teams and general photos with RIFs will be affected – this is why Airsoft Nation has been built for the community, a new home which has it’s own platform to stand on. 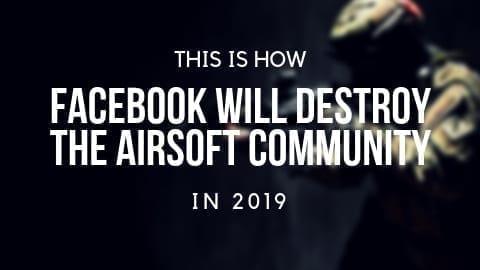 If you saw the headline, it might sound slightly dramatic – but in my opinion 2019 will be the year when the Airsoft Community (and…

Scatter-shotting my ideas last year was a dreadful idea. This year I’m pulling back some features and focusing on content. Whether that’s written, spoken or through videos! Read the changes that have happened so far and what’s in store for 2017.