In 2016 one man declared war on a neighbouring county, challenging them to battle. His goal, find which county has the best team of airsoft operators….and so the Inter-County Airsoft Event was born.

Carl Hughes says it’s a bit of fun, but there was definitely competitive tension in the air as both teams split into their own rooms and loaded up.

For the first event Carl Hughes was nominated as team-lead for Berkshire, while Ritchie Bennetta gathered his team for the rival county – Hampshire.

The event was hosted on Hampshire’s home ground SouthCoast CQB (awesome site!) and unfortunately for Carl, Hampshire took the win on home soil. He had to face the firing squad before returning home, empty handed.

Well, last weekend it was time for Round 2: The Berks Revenge. This year – Berkshire hosted the event and the battleground was set at Ironsight Airsoft.

The 28-a-side match went all out but there could only be one county who came out as the 2017 winner…..Berkshire! 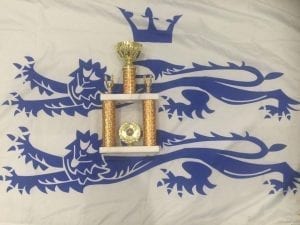 The Inter-County games was started by myself with the idea of filling the gap between hardcore milsim, which can be pretty intense, and your average skirmish day which often doesn’t present a challenge at all.

You don’t need lots of money, any kind of tactical knowledge or special kit, just balls and a willingness to fight for your county!

Currently, it is a bi-annual event between Berkshire and Hampshire with games being run at Ironsight and South Coast CQB.

In time I plan for it involve more counties but for that to happen, I need to find highly motivated County Team Leaders to see the project through.

… And of course Airsoft Nation, all of whom have backed the project right from when it was a piece of paper, and many who have put in a tremendous amount of effort to see it through.

Congratulations and well done to all who attended the event. I love the idea of county games and can really see things get bigger in the future as the concept grows.

If you are interested in playing for either team drop @dinlo25 or @beardedbadger79 a message.

We’re coming to the final of Season 1 of the Live show and this week we have an awesome show of two Site Organisers, Invicta…