SHOT Show is an annual trade show for the shooting, hunting, and firearms industry. Commonly referred to as Shot, it is the biggest annual shooting exhibition in the world together with IWA & OutdoorClassics. For their 39th event they had more than 60,000 attendees, spread over the 630,000 square feet exhibition space in Las Vegas.

While Airsoft is only a very small part of the trade event, a lot of industry exclusives and upcoming releases are shown on display for the Airsoft Community to get excited about. Unfortunately I couldn’t attend the show in person, so instead I’ve put together a roundup of the best videos from other channels across the industry.

Hera Arms CQR looks amazing, enough said! If you want something futuristic looking with the reliability of ICS and ASG then look no further!

Next is the CZ SP-01 and CZ P-01 which have slight improvements and now come in Urban Grey.

Finally, ASG are showing off the 360 STORM BB Grenade. I’ve had a few conversations with happy STORM owners but I think it looks a little too bulky for me.

Biggest talking point from Classic Army were the hilariously looking double barrelled M4s. Even other trade stalls jumped in on the action by using zip-ties on their stuff together to show the same effect.

On a more serous note, the G3 is coming back! (Woo!) Some new beginner entry rifles are on their way and the Classic Army’s alternative to the ARP9.

Loads of upcoming releases this year from G&G – the pistols GPM 1911 and GTP9. The upgraded rifles of the CM Raider 2.0 and 2.0L but there is one bigger talking point coming later this year.

Introducing the CM16 LMG! It is here and it looks AWESOME! Releasing in Black or Tan, coming with a 2500 round drum mag (+ dummy rounds) and bipod. Internally it’s just like the newer CMs, comes with an ambidextrous fire selector (meaning you can fire the LMG in semi-auto), and an Electronic Trigger Unit for good measure.

To top it all off, we’re expecting this to be available around £250! I can’t wait to see the reviews!

You hardly hear of JAG but I was very impressed with some of their cool builds that will be released later this year. Firstly, their second generation of Scatterguns!  This is a double-barreled, pump action shotgun that’s possible of 12 rounds per shot. The SPX Scattergun and the shorter SPX2 Scatterguns are definitely very modern looking, something you could picture in the next John Wick to replace the KSG.

Also, the Vanquish Sniper Rifle, the sniper rifle that breaks down and could be put into a rucksack or briefcase!

Definitely take a look if you really want to see something different than ‘another M4’.

Easily the best looking gun on the market – coming out in in AEG form with Electric Blowback…The KWA RONIN TK.45

Taking a break from the RIFs, LBX are showing off their new modular chest rigs. The Ad-Mag pouch looks cool and allows for a really light loadout to take everything within one pouch.

Gambit has shown off quite a few new products but my main interest is the Avatar Grenade. Over the last few months you would of seen my interest in the Avatar as I believe it could completely change the game for of Airsoft Grenades due to the modularity of the skins and cores.

Still relatively new to the Airsoft scene, Tippmann made a huge impact when they released their HPA Rifle a few years ago. Now for SHOT 2018 they’re showing off their first AEG 2, one for beginners and one slight further upgraded.

In addition to that we see the Omega in two versions. You have the HPA Tank version which eliminates the link by placing the tank in the stock (finally), in addition to that we see the Co2 version which takes 2 bulbs in the buffer tube. Both of these are powered by a small 9v battery in the trigger which can take about 10,000 shots before replacing.

Since Tippmann have fantastic aftercare support, I’m interested to see how the UK industry takes their entrance to the AEG scene.

Valken have had a rocky few months prior to SHOT Show but I was interested to see what ‘new’ products they had to present. Well we can see the improved ASL Tango in many variations of lengths and with the MLOK rails. The Valken Aloy Series has also been shown which is the next step up and come in full metal. In addition to that they’re releasing their first shotgun.

Finally, a whole lot of accessories have been released but one which took my interest is the Valken Switch Mask. A 1 piece mask that takes a different approach to full face masks – at any moment you can pull up the mouth guard to eat, talk or just get some fresh it. Simply pull it down again to provide the protection. Pretty nifty!

Rich was at SHOT and showing off the Modular Training Weapon (MTW), the new completely HPA-Powered Airsoft Rifle by Wolverine Airsoft. Aimed as a training weapon, this is going to be incredibly popular for those Airsofters who want realism. It strips like the real thing, has a bolt lock after the last round and is also compatible with most Real Steel parts.

Yes, I said it’s HPA what about that horrible immersion breaking tank? Well, now it’s all part of the buffer tube! No more lines! Woohoo!

Currently the tank is small enough but carries around 1,000 rounds, so bring a spare tank (or 3!)

If you’ve got money to play with then just head along to ZShot. They have CRYE Licenced JPC, a cheaper alternative of CRYE kit for Airsofters. Then if you really want to go all-out, the American PTW (£££££) 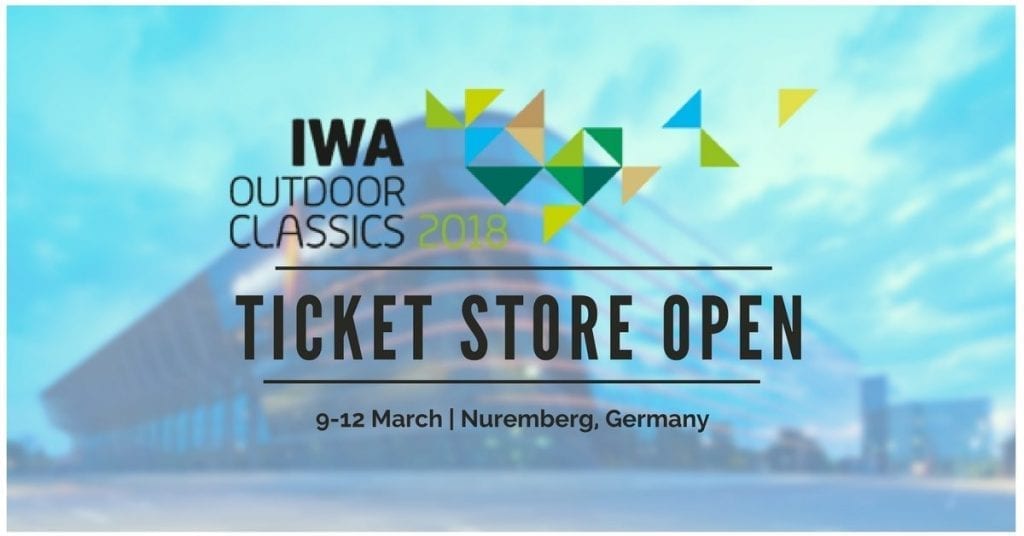 With less than 3 months to go, IWA has finally opened up it’s ticket office. For those who don’t know IWA is one of the…