This weekend I attended UKAPU‘s annual Airsoft Player Union’s game day and general meeting, and I’ve walked away with some fantastic news!

If it’s the first time you’ve heard of UKAPU, it’s a free-to-join Player Union, who’s aim is to protect and shape the future of airsoft in the UK – with the primary focus on players.

Over the years they’ve had impact and involvement ensuring airsoft is protected while falling under the Violent Crime Reduction Act (VCRA), Police & Crime Act. In addition to that, each year they help support airsoft players just like you but who do find themselves the wrong side of the law.

What I find very encouraging from my years as a member is the transparency they operate under, providing player’s the insight to meetings with Home Office, awareness of the association’s focus and the current stance and lobbying agenda (as voted for by the elected committee)

Every year they have to hold a annual general meeting, this is because it’s a formed association. With representatives covering every region of the UK, they organise a game-day at a central site and play a day of airsoft before sitting down to attend the meeting.

This year Bravo 1 hosted the event, and it was fantastic! If you’ve not been there, I highly recommend it as a site – it was my favourite CQB site of 2018.

Firstly, financially the Association is in good standing and has a healthy balance. It comes at no surprise that hiring experts, lawyers, legal studies and travel expenses all comes at a cost and it’s important to have a positive cash flow that’s preparing for the future.

While the Association is free to join and is a non-profit, you can pay £5/10 a year to support the association and receive a UKAPU patch in return. That money is put towards the running of the association and invested into necessary expenses which is always voted upon by it’s elected committee members.

This is the largest concern I have coming out of the meeting. I work in a trade association and full expect fluxiations of membership numbers, but as UKAPU is free – it should only go one way, and that’s up.

Unfortunately… membership is DOWN to 2400 players.

That’s not good, and honestly shouldn’t ever happen, so it’s important for UKAPU to focus on resolving this, stopping the bleed and improving membership numbers for 2019.

It’s also something I’m keen to help them with, which I’ll explain shortly.

Right now, I personally consider this the highest risk for UKAPU’s future.

Without Player’s support in large numbers, it doesn’t have the strength when it comes to standing in front of Home Office.

What’s clear from previous years is that player’s do not overly support UKAPU until there is a legal implication which requires it. For example, when the Police & Crime Bill was being reviewed, UKAPU had nearly double it’s membership.

What they need is continued support, even on quiet years. The numbers help provide UKAPU that authority and voice when speaking with the government about the concerns of airsofters.

Most roles in UKAPU have been re-elected this year, which is good as it provides a stronger consistency and shows the role is being completed to a satisfactory level.

There are a few vacant positions still, regional representatives in Wales, Northern Ireland and the association’s Registrar.

All the reps will be reviewing how they’re currently supporting their region, and getting the word out. This is something that has been criticised in the past, and noted for this year’s improvements.

At this point I’d like to announce that I’ve been voted in as South East Regional Representative. This means I’ll be promoting UKAPU in my local region, speaking with players, sites and retailers about UKAPU.

I’ve supported them for a few years, and while I believe they’re doing fantastic work – I would like to see them more present all year around, so I figure by being on the inside I can help grow their numbers in my region and hopefully provide more of an impact across the entire association.

Due to the possible conflicts with Airsoft Nation, the position has no formal voting rights – but that just helps ensure I can add my opinion and provide feedback without forcing any competitive advantages to Airsoft Nation.

After the formal meeting aspects, we then moved along to discussion points and looked at the future of Airsoft.

Firstly, something close to my ‘why’, is Facebook’s clamp down on Airsoft and a fall-back plan for UKAPU. Ultimately there isn’t a ‘correct’ answer but it’s definitely a discussion that’s going to be happening through 2019.

While Pages seem to be safe from most recent actions – there’s no point having a Page if the community have moved on.

As previously mentioned, UKAPU’s membership numbers are down and so the committee need to understand how to get new airsofters involved, promote themselves and also retain the current members and get them to renew membership.

As I said, membership is FREE and you can join HERE.

Every player who signs up helps show the Government we have a strong united community when it comes to fighting any legislation changes.
UKARA looks after retailers, UKAPU supports the players.

Under the same discussion, it was mentioned how UKAPU failed to properly communicate to it’s members. So you can expect newsletters, more awareness of what’s happening behind the scenes and more shouting points where UKAPU has helped other players.

While they will always be partly confidential, there will be case studies showing when UKAPU helped specific players.

As UKAPU are here for the players, they want to provide membership benefits to them. By signing up, you will be eligible to future discounts from retailers and a newly appointed representative will have a specific focus on providing benefits to all UKAPU members.

Matt Furey-King, the previous chairman (and someone who’s been on the Airsoft Nation several times) is focusing on writing the specifics about legislation around airsoft.

I’ll be definitely promoting it over here for the Airsoft Nation Community.

Right now things are relatively quiet for legislation surrounding Airsoft, however from the outcome of the Police & Crime Act, there are still some unanswered questions – mainly surrounding the testing environments should an airsoft gun be taken from a player.

With up to 5 years imprisonment, it’s still a risk for HPA users as the increase of energy is very easy to tweak.

Secondly, UKAPU are looking at the proposed FPS limits in Northern Ireland and what it can do to help, or lobby on behalf of the NI players.

But on the whole it’s quiet on the political landscape, and therefore the perfect time for the association to grow it’s player count, improve it’s benefits and prepare against future attacks on airsoft.

Closing ThoughtsI’m fully behind UKAPU and while Airsoft Nation is more aimed at a community/news site for players, it’s important not to forget that without these lobbying parties, we might of not been able to play airsoft in today’s environment. Just look at our poor friends in Australia where airsoft is still illegal.

Don’t forget you can signup to UKAPU for FREE using the following link. If you’re already a member, why not share this with other players to help increase the strength of the union with player numbers.

Finally, if you’ve have any feedback of UKAPU that you’d like to privately send me, please drop me a private message through Airsoft Nation – my account is @gtech

A big final thanks to Bravo1 for hosting the event, I’ll be sure to be back later this year! Airsoft Nation Approves! 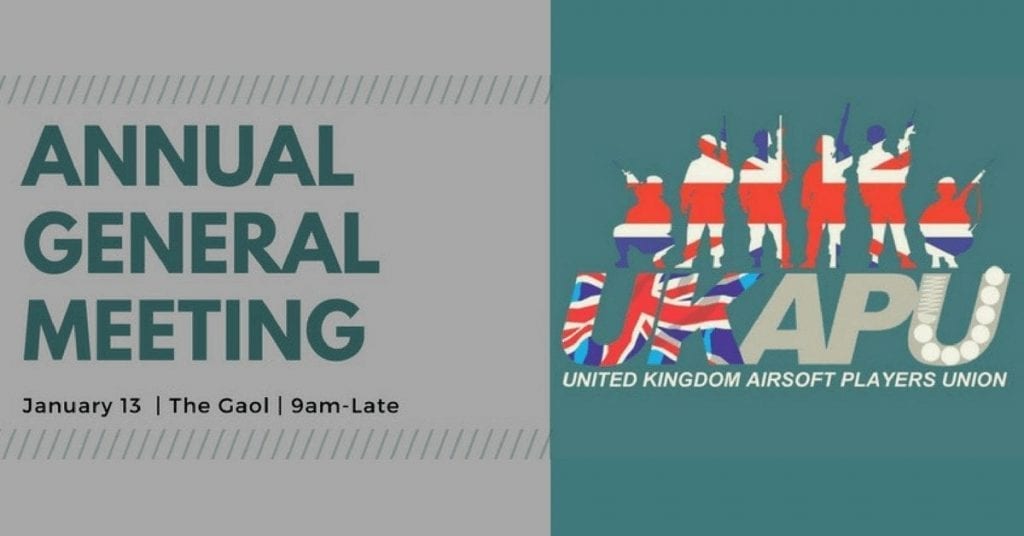 It’s been just over a year since UKAPU’s last AGM and finally we’ve been informed of their next meet up. Ultimately, this is the perfect… 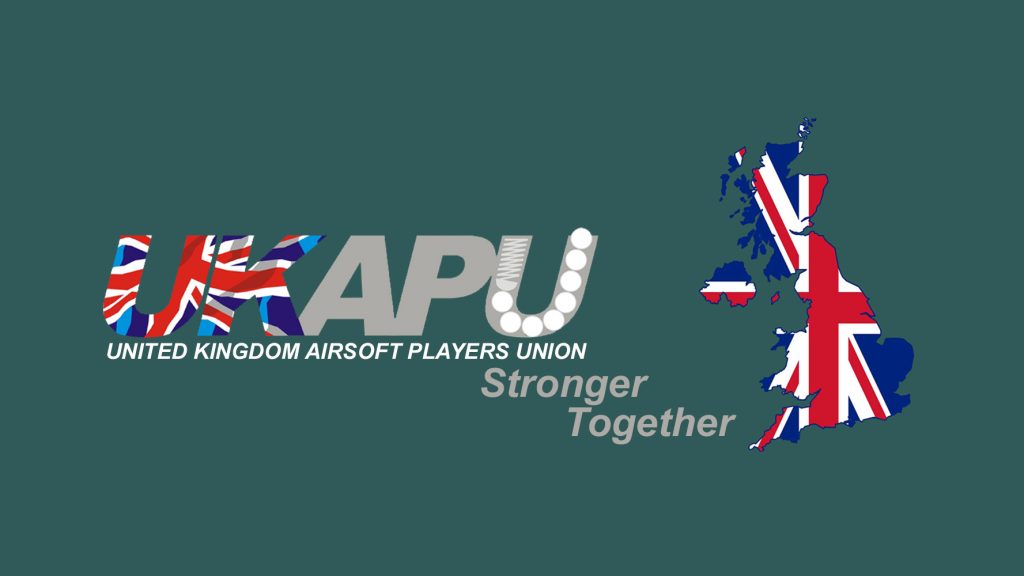 The UK Airsoft Players’ Union (UKAPU) are holding an event on Saturday 29th February for their yearly skirmish and general meeting.  Join the UKAPU committee…